Get a Head Start on the Competition: The Future of Events Is Hybrid - appdevelopmentpros

Get a Head Start on the Competition: The Future of Events Is Hybrid

App development has increased in today’s era with the increase in digitalization. It has helped companies move online and handle processes remotely. Moreover, it has opened new doors for brands to create an online presence and cater to the needs of customers worldwide.

Thanks to smartphones, they have made their implementation process easier, allowing companies to interact with customers and brands easily. Further, they have improved the communication process by letting firms reach out to more users in a short time span. According to recent research, there will be 38 billion app downloads in Apple App Store and 143 billion in Google Play Store. We can’t deny that people spend nearly 90% of their time on mobile apps to find information, learn about a service, or purchase products. Whatever the reason, the apps have made lives much more manageable.

If we look at the various types of applications, we can hardly differentiate but diving deeper into their development process and functions show us exactly why they are unique. A hybrid that has brought the futuristic approach to life is one type of app that has stolen the limelight.

What is Hybrid App Development? 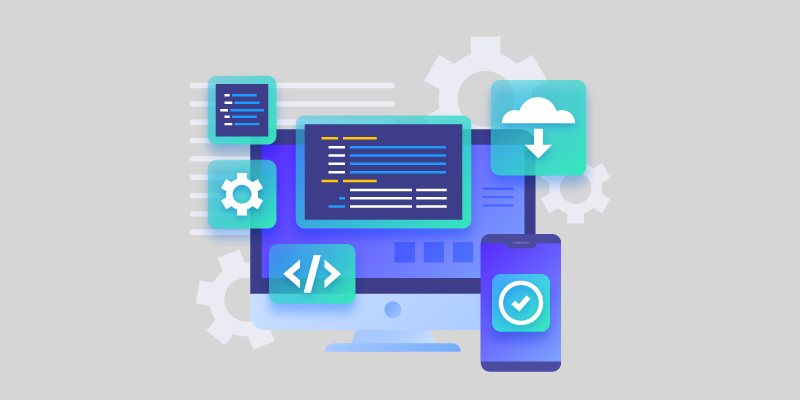 Looking at the apps closely, we are able to differentiate the different types on the basis of features and functions where hybrid apps are making a stir in the market after native applications. These hybrid apps are a perfect blend of native and web services. Here major of the app is written with the help of web technologies. We know firms often face challenges in choosing from various applications and are usually unsure about it. Here they first need to know their business and their goals and requirements to develop a strategy that will fit perfectly into their business model and gain profits.

If we talk about hybrid mobile applications, they use web tools like CSS, JavaScript, or HTML. They have plugins that allow users to access a mobile’s device features completely. But instead of running in a web browser, it runs with a native app and its own browser that the users can’t see. After this, the code is embedded into a native container, the platform’s webview elements that will load on the web app. This enables developers to create and publish a native application that can be launched in different app stores for sale.

Remember, they need to be coded once and can be used multiple times again with slight changes to create a new app.

The Cordova comes with a robust plugin system that leverages developers to offer services beyond the browser limitations and access the device’s full capabilities. Various developers make all the plugins, and many of them actively support them. This app falls into the category of medium to high performance depending on the industry it has been created for, and the company’s goals required reaching at some point in time. Since organizations have little or no time in today’s world, they opt for hybrid applications that only require building a code once and reusing it for future developments.

One thing to remember is that they work only on iOS and Android platforms. They can only be downloaded from their specific app stores. It is a cost-effective approach that is compatible with various systems and has a simpler development process. Thus, it is increasing in popularity with every app being created and used. 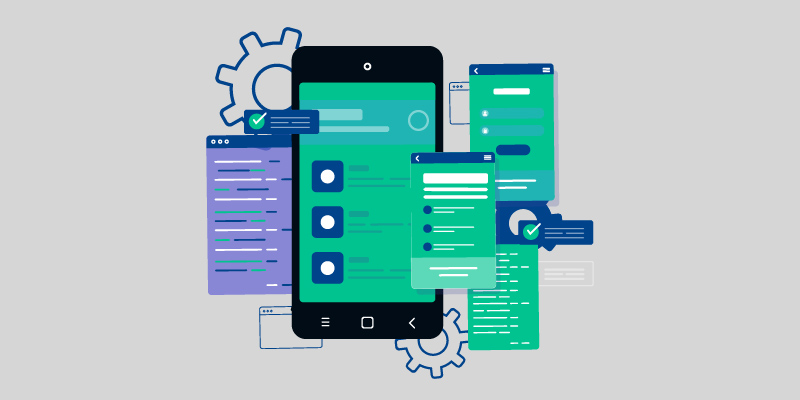 The Future of Hybrid 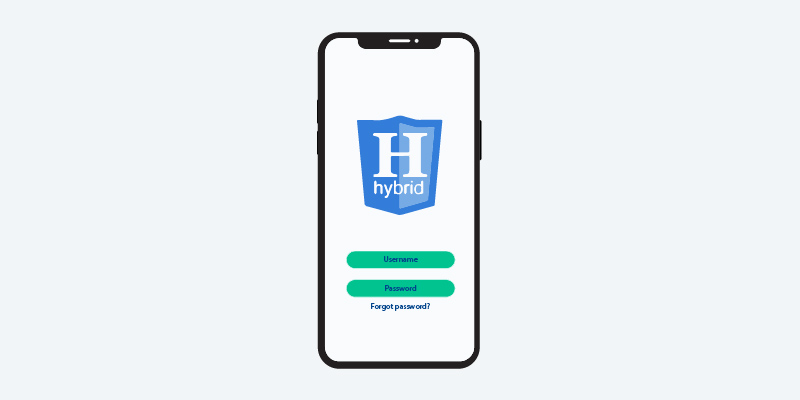 Hybrid application development services have skyrocketed over the past few years of app development and increased a company’s profits considerably. If we talk about its future, we know that hybrid applications are here to stay because they have changed how we build a single code and use them multiple times, decreasing the cost and time significantly. Since everything is reduced, there are more chances of profits. It is definitely an easy app-making process that saves beginners or new developers the problem of coding from scratch. So if you do not have any idea about no issues, as it has already been done. For the rest, one can quickly learn to give different apps different shapes.

If we talk about its cost, it varies from the industry it is being created for and the features being incorporated. A feature-rich app may be more costly than a simpler one. Here a hybrid app is being built for a technical industry; it will be more costly than one being done for the entertainment industry. However, simpler ones cost around $10,000, medium complicated ones are between $10,000 and $50,000 as they take nearly about two to three months to be built, and enterprise apps cost between $50,000 to $150,000 with three to six months’ time duration for the entire development process till release date. Lastly, most technical applications cost $250,000. They include gaming applications where developers and designers come together with innovative ideas to make the game engaging. Therefore, their developers cost around $50 per hour.

Instagram, Gmail, Uber, and Twitter are some examples of hybrid applications that have changed the way we look at apps in the modern world. However, one needs to follow the trends while using the app frameworks. Furthermore, agencies use the best tools and frameworks to build industry apps worldwide. These include React Native, Ionic, Flutter, PhoneGap, Xamarin, etc.

Pointers to Remember When Selecting An App

Smartphones are reigning in the world and people’s minds with the development and implementation to reach out to consumers and make their lives easier. Research shows that Android platform developers for mobile phones exceed Apple developers, where 60% showed this. It has made the difficult task of coding much easier, where a code is created once to be used various times on different platforms. By doing so, companies have increased their brand reach as users can conveniently download it on mobile phones while enjoying a native-like experience. Thus, making the software popular in the 21st century while saving time and money. This is also a reason why one can find plenty of such apps on the Apple App Store and Google Play Store. If you are looking for any such company, email us now to develop a powerful hybrid app with a code that can be used plenty of times.